– Apollo Crews will make his WWE SmackDown debut on Thursday’s show in a match against Curtis Axel. Crews made his main roster debut on RAW Monday night with a win over Tyler Breeze.

– WWE will return to Houston, Texas at the Toyota Center on August 29th for RAW. The Ticketmaster pre-sale begins tonight with the passcode TICKETS.

– The 2016 WWE SummerSlam pay-per-view is officially sold out after tickets just went on sale this past Saturday, according to Ticketmaster. The event takes place on August 21st from the Barclays Center in Brooklyn. As noted, it appears SummerSlam will be four hours once again this year.

– WWE’s “100 Greatest Matches” hardcover book will be released on May 6th for around $20. Below is the synopsis and cover artwork:

Experience the action, struggle, and epic glory of the 100 greatest matches in WWE history! With stunning visuals and in-depth commentary, WWE: The 100 Greatest Matches brings together the absolute best, most memorable and stunning matches in WWE history! Relive the excitement with this massive hardcover book, and discover if your favorite matches make the cut.

-Foreword by Ricky “The Dragon” Steamboat
-Stunning visuals
-In-depth discussion of each match, plus the lead-up and the aftermath
-Favorite matches of the WWE Superstars and other personalities revealed 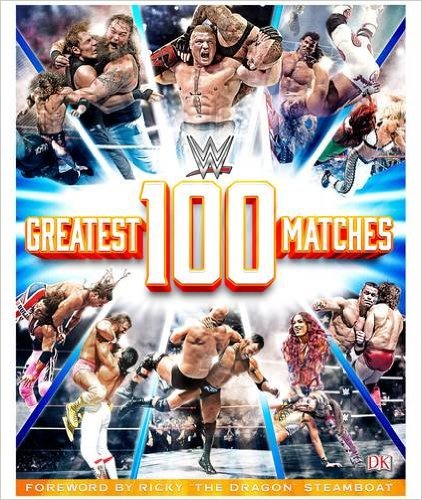