– Tonight’s WWE Great Balls of Fire pay-per-view in Dallas saw Big Cass pick up a fairly easy win over former partner Enzo Amore. Below is video of Enzo being helped to the trainer’s room after the match:

– David Otunga worked the WWE Great Balls of Fire Kickoff pre-show with Renee Young and Peter Rosenberg tonight but he did not call the pay-per-view as WWE Hall of Famer Booker T called the action with Michael Cole and Corey Graves. Otunga is still scheduled to join Cole and Graves on the RAW announce team later this summer once his movie commitments are up.

– As seen on tonight’s Great Balls of Fire Kickoff, Emma interrupted Dana Brooke’s appearance on the panel and asked her to come backstage so they could talk. No word yet on what is going on between the two but Dana tweeted the following: 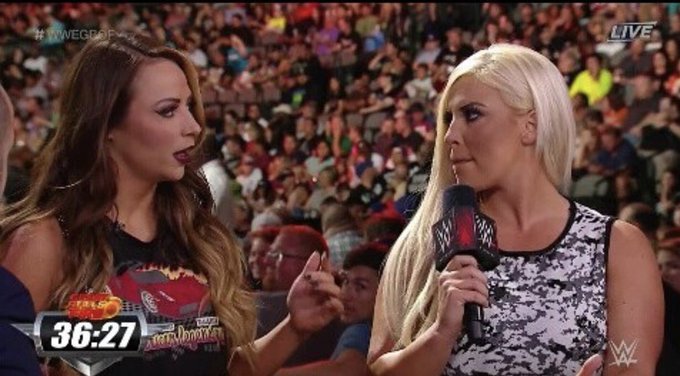 Emma had some interesting things 2 say..