As noted, the arriving Rusev interrupted Cena’s return promo earlier on SmackDown to set up a Flag Match between the two at the July 23rd WWE Battleground pay-per-view. It looks like Corbin vs. Nakamura will also take place at Battleground after Corbin attacked Nakamura once again this week.

Below are photos from tonight’s dark main event:

@AdamTheBlampied Nakamura and Cena vs Rusev and Corbin in the dark match tonight after 205Live pic.twitter.com/BHOvaTV7TR

We had a pretty nifty dark match here in Phoenix for the 4th. pic.twitter.com/cDhst9AO5g 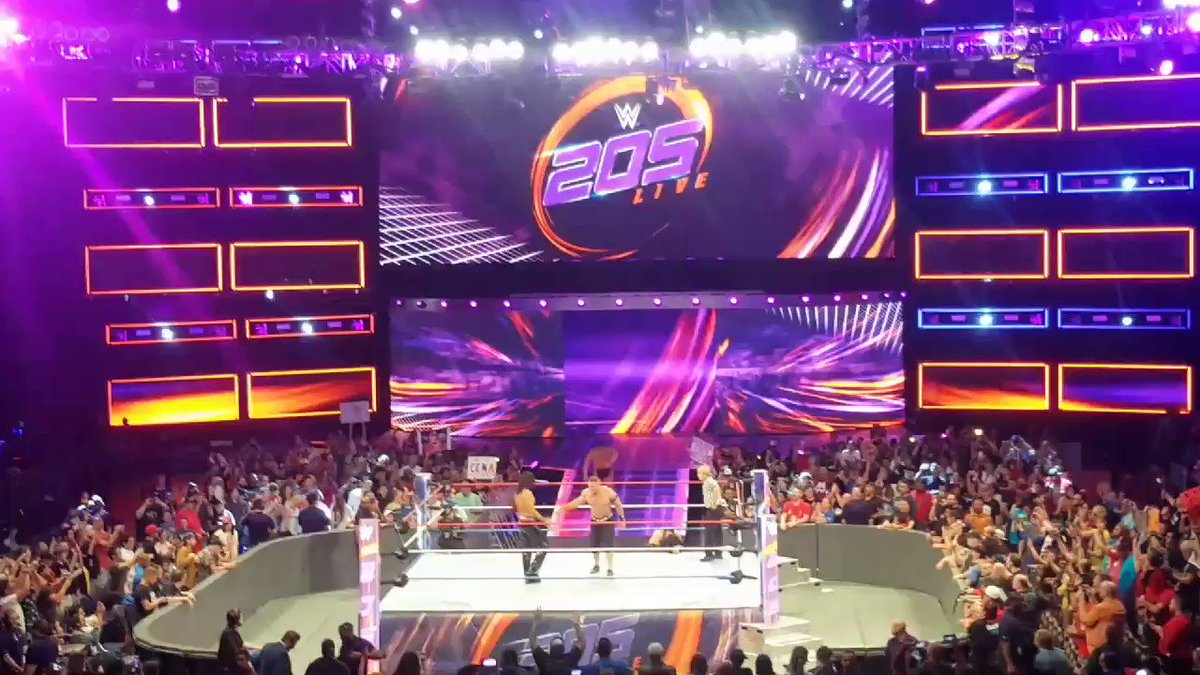 WWE Edits SmackDown Segment, Chad Gable on If American Alpha Is Splitting Up & His Losses (Video)