We’ll have a full list of results for both Saturday and Sunday’s tapings later tonight.

Below is a photo of Moose with the title today: 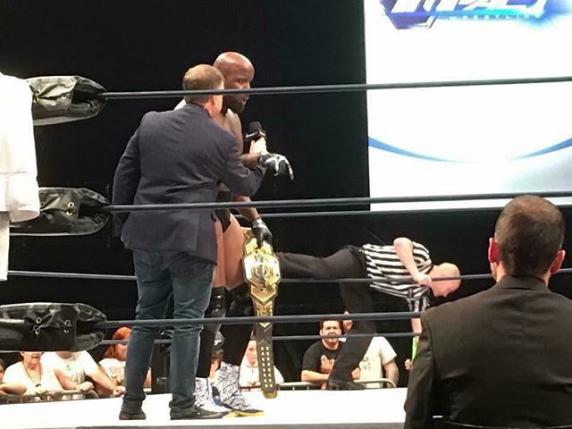 Possible Spoiler for Tonight’s Career vs. Title Match at WWE No Mercy