As seen at WWE Summerslam, Randy Orton’s match with Brock Lesnar had to be stopped via TKO when a series of elbow strikes from the Beast opened the Viper’s forehead. Orton reportedly needed 10 staples to suture the gash. WWE’s official statement can be seen below:

WWE.com has learned that Randy Orton has received 10 staples to close a laceration on his forehead following the brutal assault by Brock Lesnar that resulted in a TKO at SummerSlam.

Below is a photo of Orton laid up in the trainer’s room: 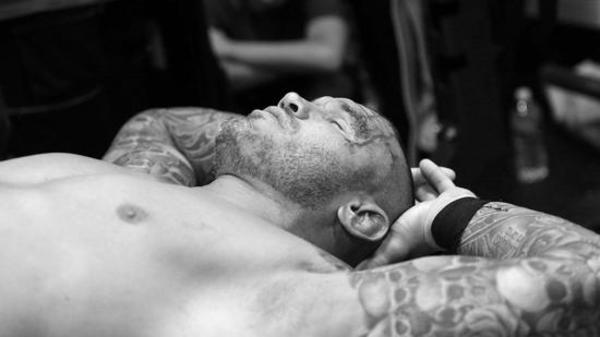