As noted, WWE announcer Jerry Lawler has been suspended indefinitely after he and his fiancee Lauryn McBride were arrested on domestic violence charges in Memphis earlier this morning.

Lawler told police the argument started when Lauryn lied about where she had been. Lawler said McBride scratched him in the face, threw a candle at him and kicked him in the groin. He also claimed she was drunk and threatening to kill herself.

Both were arrested when police were unable to determine who started the problems. They were booked into the Shelby County jail around 1am today. Below are their mugshots: 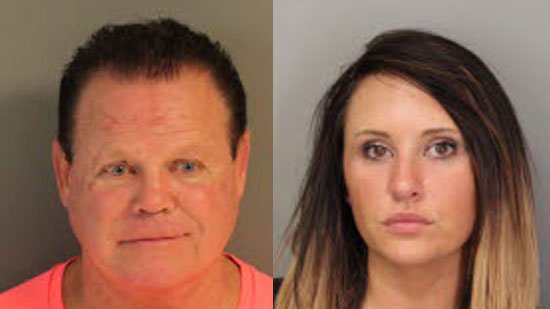