– Sasha Banks will make her first ever Wizard World convention appearance on Friday, May 13th in Des Moines, Iowa. Sasha will be meeting fans that day and then will do a Q&A panel at 7:30pm. Dean Ambrose will also be there that day.

– There’s a restaurant in Monterrey, Mexico called “John Cena Burger & Taco” that is obviously not WWE affiliated. The restaurant was posted to Reddit this week and has a 6.9 out of 10 rating on Foursquare. The menu features items named after Cena, Batista, The Great Khali, Kane, Umaga, Rey Mysterio, Randy Orton, The Undertaker and Big Show. Below are photos from their Foursquare page: 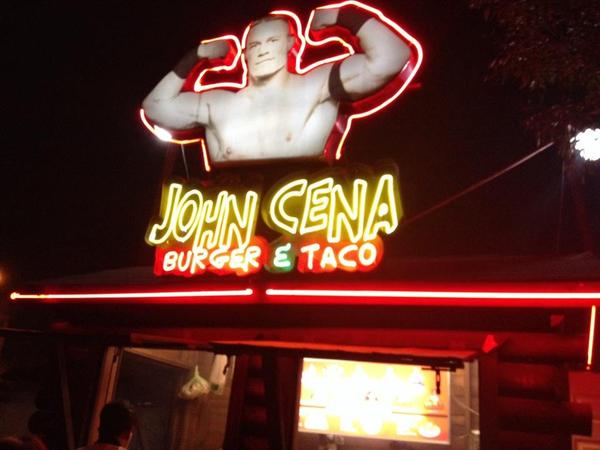 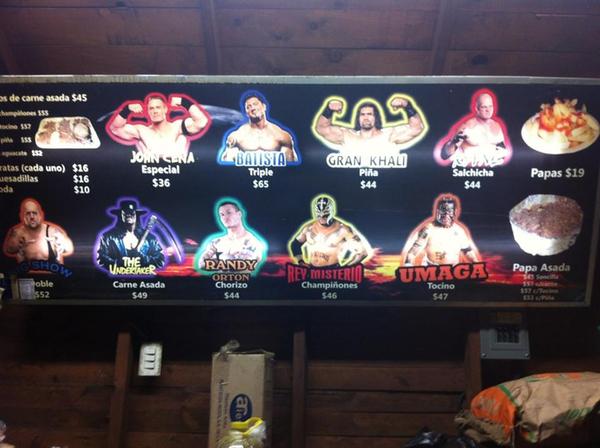